Early Dementia Symptoms: What to Look For 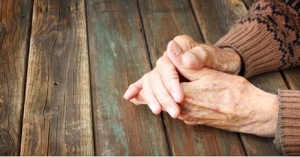 Early dementia has the ability to tear families apart as it gradually takes over a person’s ability to remember everyday things as they slowly lose touch with reality. As the disease progresses, family and friends may be forgotten completely.

Dementia isn’t really a disease as much as it’s the end result of various diseases or injuries. Alzheimer’s disease is the primary cause, but dementia can also manifest from other illnesses, including Huntington’s disease or Lewy body dementia. A stroke or other damage to the brain can also bring about this dreaded condition.

Memory problems can be an early warning sign of dementia. Usually, the short-term memory is affected so it’s important to watch for additional signs as well. Although an elderly person with Alzheimer’s disease may remember events from their childhood, they won’t be able to remember recent events such as where they put their keys, or why they went into a room.

When people lose their memory, they don’t always have dementia. To be diagnosed, a person must exhibit two or more kinds of impairments that are so serious that they hinder a person’s normal lifestyle.

Other impairments can include the following.

● Poor reasoning – The person can no longer make sound judgments that can include financial decisions or other day to day decisions.

● Changing Personality Traits – This may result in personality shifts such as a normally shy person who suddenly becomes outgoing.

● Loss of focus – As the condition worsens, the ability to focus on projects erodes.

● Difficulty with communication – Dementia patients struggle to accurately express themselves. They may also lose track of a conversation.

● Decreased language skills – It can become difficult to find the right words to express what they want to convey. Speaking to a dementia sufferer requires patience. They may repeat themselves or retell the same stories over and over.

● Mood swings – Changes in mood, such as anger and depression can be common.

● Apathy – Listlessness may be apparent as they lose interest in their hobbies or spending time with family and friends.

● Inability to perform routine tasks – Even if they’ve done something all their lives, some elderly people can no longer do things like play bridge or balance their checkbook. They may also have trouble learning new things.

● Confusion – Confusion is common when people are unable to recall faces or interact effectively with others or get lost in a familiar place.

● Compromised sense of direction -It’s not uncommon for a person with dementia to forget the way home if they go shopping or for a walk.

● Trouble following stories – Dementia victims may be unable to follow the plot of a film or TV show.

When anybody begins to experience the symptoms of dementia, it can be frightening to say the least. It is difficult to adapt to a failing memory, having trouble communicating or being unable to do things that were easy in the past. Dementia can take years to fully develop, which can be a difficult time for the person affected but also for their family and friends.