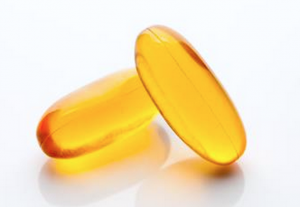 As time goes on, it might become difficult for your loved one to care for him or herself. If this happens, you can be rest assured that there are assisted living facilities that allow your loved one to live independently while enjoying the care and attention of the facility’s staff. Assisted living can lessen vitamin deficiency in residents. It’s common knowledge that Vitamin D, for example, is essential for strong bones, but did you know that it’s good for the brain, too? Recent scientific studies show how Vitamin D deficiency is linked to Alzheimer’s risk. As we get older, our health concerns change, and many of us begin to worry about signs of dementia. These conditions are devastating for those who suffer from them, but it is also difficult for their families to accept. In addition, because we are a nation that is living longer, this problem is now becoming widespread.

Could it be tied to vitamin D deficiency?

An international team conducted a study with 1,658 senior citizens at the average age of 73. Subjects found to have vitamin D levels between 25 and 50 nanomoles per liter had a 53 percent increased risk of developing dementia of all types. Subjects with vitamin D levels equal to 25 nanomoles per liter or less had an even higher risk at 125 percent. Similarly, subjects with a moderate vitamin D deficiency had a 69 percent chance of developing Alzheimer’s disease while the severely deficient had a 122 percent chance of acquiring the condition.

All of the 1,658 men and women were free of dementia at the start of the study and approximately 5 years later, researchers performed follow-up tests on their subjects and learned that only 171 of their subjects had developed dementia. Even so, medical professionals do not have the confidence to say that people should have a particular amount of vitamin D in their blood to prevent the condition, but they have stated that levels less than 50 nanomoles per liter just isn’t enough.

The Need for Further Research

Although researchers know that there is a link between a vitamin D deficiency and signs of dementia, they are not claiming that low levels of vitamin D cause dementia at this time. For this, they will need further research. In the meantime, people should consider taking Vitamin D supplements to ensure that they are obtaining a sufficient amount of this vitamin.

If you have a loved one who is already exhibiting signs of dementia and thinking about Vitamin D supplements for them, always ask a trusted physician first before starting a vitamin supplement regimen for them.